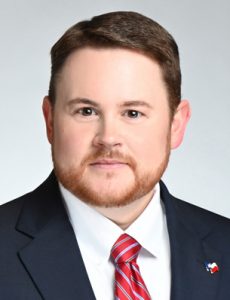 Teske led the implementation of a new loan origination system that incorporates artificial intelligence with enhanced member-facing technology. He has also developed a strong lending team that achieved year-over-year loan growth of 24 percent in 2021.

Teske began his credit union career 18 years ago as a part-time teller with America’s First Credit Union in Birmingham, Alabama. While working his way up in the credit union, he earned two undergraduate degrees and an MBA in finance.

Teske has been instrumental in launching Greater Texas’ in-house indirect auto lending; as he recruited and built an experienced team that has enjoyed record loan originations, maintained outstanding credit quality, and garnered strong market recognition. “Since joining Greater Texas I have been focused on bringing in advanced technology, such as artificial intelligence, to make our lending operations more efficient,” said Teske. “There is so much more we plan to do with technology not just in lending, but throughout the credit union.”

Teske added, “When I consider our investment in technology, our new state of the art headquarters, the commitment to be a top tier employer, and the credit union’s excitement around what we’re doing as an organization – I am delighted at the thought of our future operations.”

“When we hired Ben Teske, we knew we were getting a high achiever. He hasn’t disappointed us,” said Howard N. Baker, President and CEO of Greater Texas Credit Union. “Under his leadership we have more competitive loan offerings and better net interest margins, and our use of leading-edge technology sets the stage for future credit union success.”

Teske has been named one of the Top 100 People in Finance and a CU Magazine “Rock Star.” He earned a spot on the Credit Union Executives Society Top 15 Next CU Executive list. Outside of the credit union, Teske serves on the Community Advisory Council for the Ronald McDonald House Charities of Central Texas and NAFCU’s Share Insurance, Liquidity and Development Fund Oversight Committee.

About Greater Texas
Greater Texas Credit Union, founded in 1952, is a financial cooperative that provides an array of personal financial products and services. Together with its subsidiary, Aggieland Credit Union – which serves the Brazos Valley – it offers a wide variety of consumer oriented banking services to its 78,000 members across the state of Texas. Greater Texas has locations in Austin, Houston, San Antonio, Bryan-College Station, Edinburg, and the DFW market with assets of nearly $1 billion.