HOUSTON, September 8, 2021 – For Greater New Orleans Federal Credit Union, keeping its ATMs in service for member convenience is critically important. That’s why the credit union has partnered with Dolphin Debit, the full-service ATM management company, to take over operations of its fleet of machines. 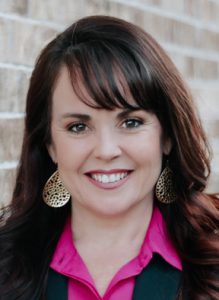 The credit union had been managing its own ATMs, but was seeing increasing service delays with its previous provider.

“It was definitely all about service,” explained Heather Rodgers, Chief Operating Officer for the credit union. “Repair times are critical to get a machine up as soon as possible. Now, if a machine goes down Dolphin informs us before we even realize it, and has technicians on the way.”

Greater New Orleans FCU has ATMs at each of its three branches, and is in the process of adding a drive-up machine at its busiest branch, in addition to the walk-up machine already in place. ATMs are an important part of the credit union’s member service strategy, Sanders emphasized.

“We are a shared branch credit union, so we service other credit unions,” Sanders said. “Our members need these ATMs to easily access cash and not wait in long lines.”

Before selecting Dolphin Debit, the credit union evaluated other service providers, putting a lot of weight on the recommendations of other credit unions. As Sanders noted, “Dolphin Debit was the one company recommended by everyone I reached out to.”

The switch to Dolphin went smoothly, and in addition to improved ATM uptime and maintenance, Greater New Orleans FCU is now free of the burden of managing its own machines, allowing for an even greater focus on member service.

“A credit union’s ATMs are vitally important touchpoints for members,” said Joe Woods, Senior Vice President of Marketing and Strategic Partnerships for Dolphin Debit. “Keeping machines available and in service is critical, and when there are problems, response has to be immediate. That is our specialty.”