Thinking of Making Your Own News with a Survey?

One way to generate some news – especially when you’re in a slow period, between publicity initiatives – is to conduct a survey, either among your own customers or across your industry. 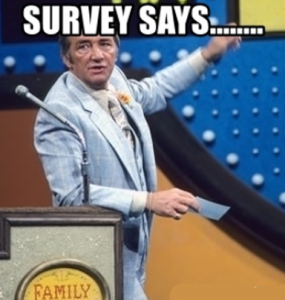 Done correctly, your survey can yield some interesting findings and give you insight as well as the material you need for a good news announcement and associated publicity. But that’s the key; it has to be a well-done survey, one that will give you quality results.

There was an interesting article in the Wall Street Journal recently that focused on the mistakes companies make when they do a survey. For instance, either they don’t ask enough questions, failing to get the depth they need, or they ask too many and their survey respondents end up quitting before they finish.

Another is asking questions that people can interpret differently. The article uses an example along the lines of “How likely are you to recommend us to others?” While this question is designed to gauge customer enthusiasm, the problem arises if respondents aren’t in a position to make recommendations. They may love you and your products, but their answers – since they aren’t likely to recommend you – may lead you to draw the wrong conclusions.

We encountered that in one recent survey we started to fill out. First, it was far too long – more than 100 questions! – but we waded into it out of loyalty to the organization conducting it.

However, we ran up against a question that simply didn’t apply to us. We couldn’t answer it, yet the survey was designed so that you couldn’t complete and submit it without answering every question. This wasn’t the actual question, but it was like asking someone which foreign language they spoke – Spanish, French, German, or Chinese – and giving them no way to say “none of the above” or specify others.

We had to bail out on the survey. Which is not what you want your survey respondents doing when you conduct yours.

So if you want good results, keep your surveys short (under most circumstances limit it to 10 questions) and to the point, with clearly worded questions. It’s also advisable to have several people you trust review the survey critically. You want them to alert you to any problems or weaknesses, because trust us, if those weaknesses are there your respondents will find them.

If your survey is a bit longer or requires deeper thought on the part of the recipients, you may also want to consider some form of compensation or reward, or at least a chance at a reward, making each respondent eligible for a prize drawing, for instance.

But in the end, once you have done the survey, if it ends up coming back telling you just the opposite of what you wanted to say, you can use the findings internally but spike your plans for any publicity.

One more tip: When you publicize your survey findings, be very careful that it doesn’t come across as overly self-serving. Granted, you would not be publicizing it if it wasn’t a positive for you, but going too far will always be counterproductive.