It’s Time to Get Back to Business

There are a lot of reasons not to get active right now in terms of your company’s visibility. But none of them are good ones, especially considering what we’ve just come through over the past three months-plus. 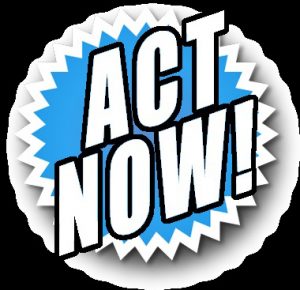 There may even be a bit of truth in each one of these rationalizations, but the larger truth is that there is a huge (but often quiet) mass of people who are aching for life to get back to something resembling normal. They want to get out, to shop again, to eat out again, to enjoy movies and bowling and swimming and traveling and the great outdoors. To pursue their interests like they used to.

The employment numbers reported a couple of weeks ago were a tremendous bright spot, an indication that things aren’t as bad as we were afraid they might be. If companies can build on that momentum, and communicate a positive and optimistic message, they can get out ahead of some of their more cautious competition.

Truth is, there is probably going to be about 20 percent of people who will permanently accede to what they see as the new normal. That’s a conscious choice they will make, and that’s fine, if that is what they want for a lifestyle. But these are also the ones who will try to make the 80 percent feel guilty about striving for the OLD normal.

You can’t let them – and their social media scolding – call the shots for your business plan going forward. If so, you’ll just delay cranking up the visibility machine until it’s too late. How about September, when summer’s over? Or wait a bit longer, perhaps as we near the Christmas season? Or maybe just plan to really go gung-ho in 2021?

That’s the attitude that will guarantee that a competitor … or two or three … will leave you in the dust.