Thinking Ahead About the Post-Virus Era

Big events such as the virus-induced shutdown of much of the nation’s, and the world’s, economy result, of course, in massive volumes of material written and said about the situation. 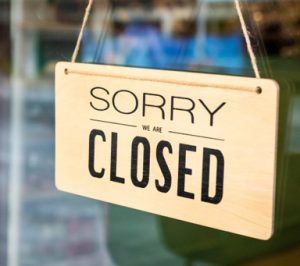 Our current circumstances have been compared to World War II, but from our experience looking over the newspapers of the war years and hearing some of the recordings of the radio broadcasts of that time, we can say this: Never has an event so dominated media coverage for so long, with such intensity.

Page after page of almost every newspaper and – except for about five minutes to cover the weather – every local TV newscast has been all-virus all the time, for the better part of a month.

That’s understandable since so little else is happening. But it does have the effect of making us believe that this enemy of ours is much bigger than it really is. As a result, the economy and the world of marketing and PR have slowed down to the point where it will take months to climb back to any semblance of normal once we do get past the virus’ health risks.

Once we do, and businesses – the ones that have been able to stay alive despite being closed or severely limited for such an extended period – start to operate again, our advice would be to immediately jump back to at least the appearance of normal. Advertise. Make news announcements. Crank up the social media machine.

We’re all going to need a huge dose of normal to shake off the funk that this whole situation has put us into. There will be some permanent changes – some negative, of course – but maybe some good ones too, such as more people working at home (by choice!) on an ongoing basis or deciding to take charge of their children’s education through home schooling.

And as quickly as we can once normal returns, we should bury a couple of phrases that we have had to hear far more than we would ever want to: “social distancing” and “flatten the curve.” At this point, those are like fingernails on a chalkboard. We’ll be elated if we can go without hearing either of them ever again.