Not Many Bright Spots in the 2020 Super Bowl Ad Game

What happened to the Super Bowl commercials this year?

Where was the creativity, those sparks of genius that we always look forward to? This may have been the first year in a long time when the game ended up far more entertaining than the commercials. 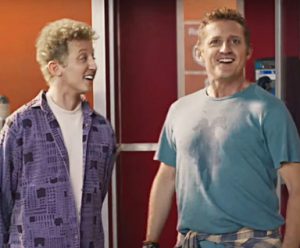 There were a few minor bright spots, but in our eyes, no real standout hits. Most of the ads were so heavy on two-second cameos by “celebrities” and “sports stars” that they were impossible to make sense of. As far as the sports stars, a lot of them were really only recognizable to ardent fans, not to the bulk of the huge Super Bowl target audience.

With the exception of the Verizon 5G ad, the commercials that tried to tug on your heartstrings or “empower” you flopped, in our view. Verizon’s focus – not on what 5G can do, but what it can’t – as an homage to all the first responders who fight fires, save lives, and help people cope in disaster, was an exception. It was right on the mark.

Also, were there more movie and TV show promos than ever, or what? Ho-hum.

OK, so whose ads were good? This is subjective, to be sure, but we thought Tide did a decent job of weaving their “guy trying to get his stain out later” ad through other ads, although sometimes it was a stretch. We enjoyed the Cheetos “can’t touch this” ad, with its bit of M.C. Hammer 90s nostalgia. The Tom Brady Hulu ad was interesting in light of the talk about his retirement, too.

And we had to love the WeatherTech dog ad. Great looking dog and a great story. That was one of the good heart-tuggers. Graysen, our social media specialist, liked the Google ad “Loretta” about the husband losing his memory.

One of our positive moments was in the Walmart ad, when they delivered merchandise to “the Bills” in a nod to “Bill and Ted’s Excellent Adventure,” which has always been a favorite movie for us. Along the same lines, the “Ground Hog Day” takeoff with Bill Murray was well done by Jeep. Snickers’ ad with the Snickers Hole had potential, but didn’t build on it like it could have.

Doritos and Budweiser were disappointing. Maybe Doritos needs to crowdsource its creativity once again. And where were the Clydesdales and dogs for Budweiser? The “typical American” ad was pretty blah. And the Bud Light knight ads went nowhere. The Pringles ad was disturbing on many levels.

For Graysen, the Heinz ad with four different commercials at once in a split screen was thoroughly confusing. We agree. That one won’t be bumping up ketchup sales much.

And then, after all the hype about killing off Mr. Peanut – then pulling back after the Kobe Bryant tragedy – that “Baby Peanut” fell flat. Why did Mr. Peanut have to die, anyway? Couldn’t he just retire? He’s been working for a century, after all.

Graysen put it nicely, saying that most of the ads just missed the mark creatively, then tried to make up for it by loading the spot up with celebrities. But if it isn’t a well-done ad in the first place, celebrities don’t really help. They just run up the cost.

One final thought. Yes, anyone can buy an ad during the Super Bowl, but can we discourage political candidates from advertising? Just for a few hours on a Sunday in February, it would be nice to do without politics.