Public Relations is a Team Sport

As we lead up to the Super Bowl in early February, the focus is on the top teams in the NFL, the best of the best to emerge from the past season. What each of them has in common is their ability to function at their best as a team. 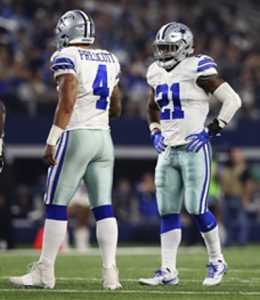 Individual performances matter, to be sure, but it’s the teamwork that has gotten them where they are right now. Could Ezekiel Elliott have gotten all those yards if his offensive line didn’t create holes for him? Could Dak Prescott have succeeded if his receivers did their own thing, surprising him on each pass play with where they showed up?

Actually, there were a couple of Cowboys games this season where that seemed to be the case, but the team overcame those setbacks in order to reach the playoffs. They did it through planning and coordination and communication.

Public relations isn’t really any different. We see PR people as the offensive line – the unsung heroes who make it possible for the running back to shine and give the quarterback time to find a receiver. Others might argue that PR people are more like wise coaches, choosing the right plays at the right time but depending on the skills of others to gain yardage.

That role may vary by client, but what is consistent in every case is the need for every player to function as part of a team.

We’ve seen situations where a client failed to consult with us until the last minute, unfortunately making poor decisions along the way, and then brought us in expecting us to deliver strong results. We’ve done the best we can, but even when clients are satisfied, we have been disappointed, because we know how good those results might have been with better consultation and planning.

Here’s one example: a client had a very strong local story, and wanted to get TV coverage. Except they set the time of their special event during the 6 p.m. news broadcasts. We explained that if they didn’t change the time on that, there would be almost no chance of getting a film crew to our event.

At that time, we tried to tell them, all the crews are going to be with reporters doing live feeds, or on their way to apartment fires or shooting scenes or major traffic tie-ups.

But they didn’t want to change it, so you can imagine how this played out. It wasted a lot of people’s time and made us look less effective. Not a happy ending, but it could have been better with a bit of real teamwork.