It doesn’t happen often, but every now and then when you’re in the midst of an interview with a journalist, he or she will toss out a question that is not just unexpected, but jarringly out of line with the flow of the discussion. 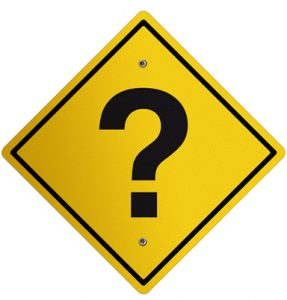 Sometimes what is behind that question may be a simple misunderstanding of what your company does. Other times it’s just a disruptive technique that a particular interviewer has developed to shake up an interview when he or she feels it is getting too mired in corporate talking points.

Then there are other times when there’s an agenda behind the question. That’s often to be expected in political interviews, when the interviewer may be hostile to your point of view. But it happens in other types of interviews as well, when perhaps a competitor has previously planted an idea into the interviewer’s head about your company and they throw that question in out of nowhere to catch you off guard.

Anyone who does a lot of media interviews can easily get complacent about them. The questions become pretty standard and familiar, and the interviewee falls into mental routines as a result. The experienced, polished interviewee may actually be at a greater risk of falling victim to an off-the-wall question than the inexperienced person, who tends to be more cautious.

A prime example of an off-the-wall question was back in 2012, when Mitt Romney was running for the Republican nomination and was asked in a debate his thoughts whether states should ever be allowed to ban contraception. There was clearly an agenda behind that question, but the way Romney handled it led to a lot of negative publicity and perceptions as a result.

Because the question came out of nowhere – there was no known ongoing political effort to limit contraceptive availability – Romney was blindsided. There’s no way to know if it affected the eventual outcome of the election, but it’s safe to say it didn’t help.

When we conduct training with clients, we always like to spend a bit of extra time on the off-the-wall question, offering real-life examples of these kinds of questions and suggesting how best to respond to them.

In a nutshell, you have to respond politely, keeping in mind that old adage “there are no stupid questions.” The truth is, there are stupid questions, but through your reaction you don’t want the journalist to know you think that question was one of them. And of course you have to deal with the question diplomatically while at the same time getting it out of the way so you can get back to the meat of the discussion.