Can You Possibly Do Any Worse Than This at PR?

This month’s prize winner for worst public relations – and they’re clearly already a front-runner for the worst of 2018 – is the Catholic Church. 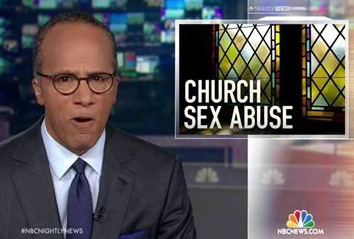 In the midst of horrific details of the latest child sexual abuse scandal, every response we saw from church leaders was pretty lame and watered down. The impression that the public gets is that these leaders aren’t enraged enough, aren’t disgusted enough, to make the massive changes necessary to keep this from happening again.

Even the Pope. It took him too long to respond, and when he did, it just didn’t sound like the real “never again!” that the church, the world, and especially the victims, need to hear.

It’s not like the church hasn’t been through this before. I’m not Catholic, so I don’t sit in the pews with church members to know what they thought before this latest scandal and what they think now. But as an outsider, the impression is that the church is once again circling the wagons, not truly trying to solve the problem.

If the church was a private company, this would put it out of business. That is, if it had even still been in business after all the previous scandals. Going out of business may be a bit impractical for a worldwide religious organization, but they could still take lessons from other entities that have faced horrible scandals and strived to rebuild.

That means a couple of things. First and foremost a culture change, and second, a thorough housecleaning, as far up the church ladder as it needs to go. There may be a shortage of priests, but too bad. Out with everyone who abused a child, facilitated it, or covered it up.

When the church cleans up its act, they may find that priest shortage solves itself as potential priests become confident the church has become a more pure organization and one worth serving for a lifetime.

Five centuries ago, Catholic Martin Luther led a Reformation that changed the world of faith for the better. It’s clearly time for the Catholic Church to launch its own internal reformation. Failing that, its image will only suffer.