One of the first stops I make when trying to learn more about a company is the “news” that they post on their website. 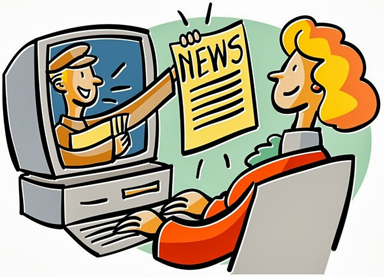 You can learn an awful lot about a company by what it says about itself in its news section and in its “About Us” area.

Unfortunately, too many companies downplay – or even skip entirely – a news or “newsroom” section. That’s a mistake, particularly if you’re a B-to-B company. It’s a bit more forgivable if you are a consumer-facing company and your site is primarily for individuals simply buying whatever it is you are selling.

The thing is, journalists like to check out news on your website. It’s not just Dux PR saying that. The journalists say it themselves, and they did so again in the annual Tekgroup Online Newsroom Survey Report.

The latest report indicates that 97 percent of journalists surveyed consider a company’s newsroom important. Three-quarters of journalists say they visit the newsrooms of companies large and small, so it’s not just the Microsoft and General Motors and Walmart and ExxonMobil sites that attract reporters.

Once they get to the newsroom, our inquiring journalists want to see news releases, videos, photos, and examples of news coverage that your company has received. It’s all part of gauging the visibility and impact of your company in your space.

The report notes that reporters also want to see product and service information, so it’s important that your newsroom include the option to view and download that. Other attractions include biographical material about your company’s top people, social media links, and the ability to search your news archives.

In our view, a newsroom or news center should be easily accessible from the home page, not relegated to some sub-page under another category. And there’s one thing it should never do – feature promotional product information that is masquerading as news. A legitimate product announcement news release is great, but sales collateral should not be there. It’s the online newsroom version of fake news, and you know nobody likes fake news.

For most companies, adding a newsroom to a website after the site is up and running is a costly and sometimes near-impossible task. But if you don’t have one, we urge you to make sure you include one at your next website redesign.