The upside of social media from a business standpoint is that it has allowed organizations to truly get in touch with their clients and customers. Virtually no marketing effort is without a social media component anymore. It enables us and our clients to spread their message farther and wider than ever before possible.

But today we want to talk about the downside, and in our polarized and often ultra-sensitive world, a misstep can sting you, 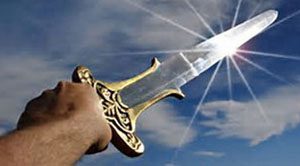 or in the worst case bring you down, via the power of social media.

It’s like walking barefoot through a roomful of mousetraps. In the dark. One wrong move and the pain begins.

To a limited extent, this can be a good thing. Even a polarized society can generally agree that certain things are off limits to joke about or to bring up in the wrong context. Racism, sexism, bigotry, and hatefulness expressed via social media can be quickly attacked, and rightly so.

The problem is that each of those things – racism, sexism, bigotry, and hatefulness – can also be subject to the eye of the beholder. The simplest and most innocent joke or observation may be interpreted as offensive by someone. And make no mistake about it, some people are determined to find offense in almost anything.

Those sensitive people have always been with us, but social media has given them a megaphone that is, unfortunately, much larger than their voice merits. Dove Soap found that out recently with one particular ad. It’s pretty clear Dove thought they were doing something nice and diverse with an ad that showed a black woman morphing into a white woman into an Asian woman, etc. All women can use our soap was the message, or so they thought.

They quickly buried that ad when social media outrage regarding perceived racism fired up to 11 on a 10-point scale.

Whatever the merits of that ad or the effort behind it, the point remains for everyone who puts themselves out there that you have to be careful. Look closely at what you are about to say, and ask this question: Could someone who hates my guts find something in here to make me look bad?

Granted, we can’t let the possibility of someone somewhere taking offense completely hobble us and our messaging. So proceed carefully, and if there is blowback, just be prepared to defend yourself honestly and forthrightly.