HOUSTON, September 19, 2017 – Five credit unions in the Southeast now have all of their ATMs under the management of Dolphin Debit, the full-service ATM management company. 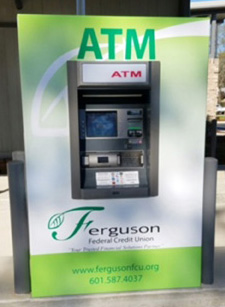 The five credit unions range in size up to $116.8 million in assets, and three are in the CUliance ATM Cinch program, powered by Dolphin Debit. The credit unions are:

Ferguson Federal Credit Union originally began working with Dolphin Debit in 2014 when it inaugurated its first ATM to improve service to its members. Since then, expansions and member demand have grown the Ferguson ATM fleet to six ATMs, located at four of the credit union’s branches and a student-run branch.

“We still feel that this task can and should be handled by an outside provider, which allows us to focus on the member relationship rather than on equipment,” Pitts said.

“Often, it is the smaller credit unions that rely most heavily on their ATMs as a way to enhance their service to members 24 hours a day,” said Gary Walston, co-founder of Dolphin Debit. “By turning management of those ATMs over to us, like Ferguson Federal Credit Union did, they can achieve those service levels without having to invest in ATMs themselves or devote staff time to maintain and manage them.”