One thing editors love – and their readers do too – is a survey. They love to see snapshots into what people are thinking and their preferences, whether it’s about a coming election, their financial activities, their vacation plans, or their favorite websites, flavors of ice cream, or whether Ezekiel Elliott should have that six-game suspension lifted. 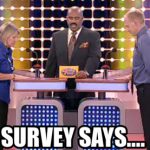 The thing is, for a survey to impress an editor, it has to be a legitimate survey, the real deal, not something that is obviously self-serving. Widgets R Us.com can’t just reach out to its customers, ask them which widget seller offers the best service, then tout the fact that 90 percent of buyers like Widgets R Us the best.

A good survey will take a non-promotional look at an issue, or businesses’ plans or preferences, or whatever the topic may be. It has to query enough people to make a credible sample, and be transparent about when the survey was conducted and who was surveyed.

When our clients have done surveys, the subsequent news announcements have been well received by editors. One client conducted its survey at a trade show, among people who visited its booth, asking just a few key (and quick) questions. That made it easy to get respondents, and even added some credibility to the survey since it covered a range of people in the industry.

Surveys can be conducted in a variety of ways, with most of them done online at this point. Everybody recognizes that these kinds of surveys are not “scientific,” but if the number of respondents is high enough, it does provide a good sampling of thoughts on the specific topic.

The problem with online surveys is that there is a risk that an individual could vote multiple times – although today’s tools make that harder than it used to be – but unless the survey is about politics or something similarly divisive, it’s typically not worth it to people to try to skew the results.

A good survey does involve some cost and planning and effort, but generally the publicity benefits will be well worth it.