Qualtrust members voted on May 18 in favor of the merger, allowing the two credit unions to join forces. The merger has been approved by the National Credit Union Administration and the Texas Credit Union Department.

Texas Trust expects to complete the merger process by the end of this year. The newly combined credit union, operating under the Texas Trust name, will have 22 locations, allowing it to better serve its growing membership. Qualtrust branches in Flower Mound, Bedford, Las Colinas, and San Angelo will be rebranded under the Texas Trust banner. 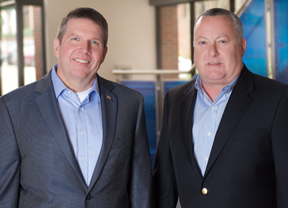 credit union will have assets in excess of $1.2 billion and more than 105,000 members, making it one of the largest credit unions in Texas and the United States. Employees of Qualtrust will be incorporated into the Texas Trust team.

The merger provides a broader range of financial services to Qualtrust members, such as credit cards, insurance and investment services, in-house mortgage lending, and business services, including SBA lending. Employees will benefit from a more robust benefits package and new career opportunities with the growing credit union.

“We welcome Qualtrust members and employees to the Texas Trust family,” said Jim Minge, president and CEO of Texas Trust Credit Union. “Our aim is to create an environment that reflects the culture of each credit union – one where both memberships feel at home and where we are delivering service our members brag about.”

“Texas Trust’s financial strength and commitment to its members, employees, and the community is what sold our board on the idea of a merger,” said John DiChiaro, president of Qualtrust Credit Union. “We know Texas Trust will treat our members and employees well and help our members build brighter financial futures.”

Qualtrust’s history is rooted in Tom Green County dating back to 1948 when it began as San Angelo Telco Federal Credit Union. Today the credit union is headquartered in Las Colinas and has branches in San Angelo, Flower Mound, and Bedford. Qualtrust has 24,000 members and $200 million in assets. Visit Qualtrust.com, or see us on Facebook.com/qualtrust or Twitter @Qualtrust.

Texas Trust Credit Union was created in 1936 when a group of Chance Vought Aircraft Corporation employees pooled their savings so they could help each other achieve financial goals. Today, more than 84,500 members are served through checking and savings accounts; loans (personal, mortgage, auto, and small business); credit cards; insurance products; and investment services. Texas Trust Credit Union supports local students through its “Spirit Debit Rewards” program. With every eligible swipe of an SDR card, funds are donated to the school or district of the member’s choosing. To date, Texas Trust has donated over $1.4 million since August 2011. Texas Trust serves members in Dallas, Tarrant, Henderson, Ellis, and Johnson counties through 17 locations in Mansfield, Arlington, Grand Prairie, Cedar Hill, Midlothian, DeSoto, Hurst, and Athens. With assets of $1 billion, Texas Trust is one of the largest credit unions in North Texas and the 17th largest in Texas. For more information, visit TexasTrustCU.org or follow us on facebook.com/texastrustcu or Twitter at @texastrustcu