In the newly created position, a reflection of Texans’ continued growth, Mathews will lead and set the strategy for the credit union’s entire range of direct and indirect loans as well as loan and title processing. He comes to Texans as the credit union rides a wave of loan growth that over the past two years has surged by 45 percent, much faster than other similarly-sized institutions. 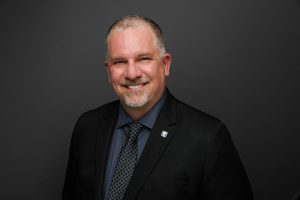 Before joining Texans, Mathews spent 17 years as Vice President of Lending at Consumers Credit Union in Illinois. There his leadership of all non-commercial lending helped power the credit union’s growth from a $400 million institution to more than $3 billion in assets.

“What I see in Texans is a very strong credit union but one that still has incredible potential for further growth,” Mathews said. “It’s my job to build on the post-pandemic momentum that we have generated and do even more to put money into the hands of our members so they can fulfill their dreams of a new or updated vehicle, a destination vacation or some other personal financial want or need.”

“We have achieved tremendous gains since 2020, in loans, asset growth, and membership,” Frazier said. “We needed someone who could take those gains and build upon them, and we know Dan Mathews can do that.”

Mathews is a graduate of Louisiana State University who in his spare time umpires and officiates at high school varsity baseball and football games.