The Diamond awards received more than 1,195 entries in 35 categories from credit unions across the U.S. These awards were announced during the annual CUNA Marketing & Business Development conference in Los Angeles. The Pinnacle awards recognized marketing campaigns from credit unions in Texas, Oklahoma, and Arkansas.

Greater Texas’ “Wild Savings” TV commercial, produced and directed by Corte Video, received both a Diamond and a Pinnacle Award for its humorous approach to selling auto loans. In the 30-second spot a Greater Texas member asks a friend to help him open a large wooden crate of the “wild” thing he bought with his savings from his Greater Texas auto loan. The limited release ad brought in more than $3.31 million in new auto loans within two months. 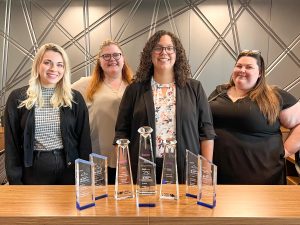 Aggieland Credit Union was recognized for two campaigns targeting its membership within Texas A&M University. The credit union created and held a series of personal financial webinars developed to educate college students and faculty about important financial issues. The webinars featured financial experts who shared sound advice and tips about spending and budgeting, improving your credit, identity theft, and financing or refinancing a home. The campaign garnered both a Diamond and a Pinnacle award.

Aggieland’s parking giveaway contest was also a winner for both a Diamond and a Pinnacle award in the segmented marketing category. The contest, which was envisioned by community relations director Rachel Bond, offered a chance to win free parking passes – worth up to $550 – to Texas A&M faculty and staff when they opened an account or swiped their Aggieland debit card. During the promotion period debit cardholders used their cards more than 11,793 times and the credit union generated nearly 170 new checking accounts. 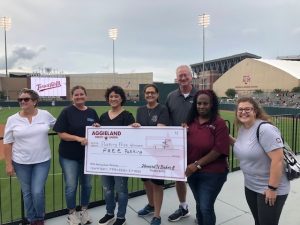 “Our marketing team is highly effective at creating campaigns that are both clever and successful,” said Howard Baker, President and CEO of Greater Texas Credit Union. “Each campaign stands on its own merit and we are honored that our peers selected these campaigns as the best of the best in the industry.”