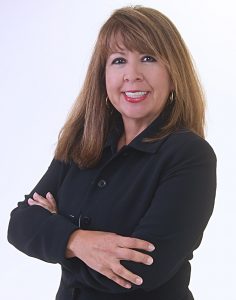 Prior to Texas Trust, Hardy led her own marketing consulting firm, specializing in creating audio/Video content for non-profits and small businesses. She also led the Arlington-Mansfield Area YMCA for four years as its Vice President of Community Engagement. There she served as the community spokesperson for the organization, led its social responsibility programs and directed its communications initiatives.

Hardy has also played a pivotal role on numerous community boards and charities in the last 13 years, bringing a strong community and public relations background to the credit union.

She also serves in various board capacities with Cancer Care Services, the Trinity Community Foundation and is an active member of Rotary International. She has also served in past leadership roles with the Cooper Street YMCA and was part of the marketing and promotions committee of the Fort Worth Margarita Ball.

“Heidi Hardy’s experience and connections will enhance our presence in the community and allow us to continue to expand our outreach,” said Ron Smith, Chief Growth Officer for Texas Trust Credit Union. “Heidi came to us highly recommended by those who worked alongside her on various community initiatives. Her experience, philosophy, and personality align perfectly with our mission and culture.”

Hardy is also an accomplished speaker who is frequently tapped to emcee local events. She has been featured in a number of media outlets including, Arlington Today Magazine, Fort Worth Star-Telegram and Fox 4 News. Her work in media includes a live stream radio show, podcasting and video production. She was named Female Radio Host of the year by Fishbowl Radio Network in 2015.

A high resolution image of Hardy can be downloaded here.

Texas Trust Credit Union has been helping build brighter financial futures since its modest beginning in 1936. Today, the full-service credit union serves more than 133,000 members. With assets of more than $1.8 billion, Texas Trust is the 6th largest credit union in North Texas and the 16th largest in Texas. With a focus on the community, Texas Trust is creating a legacy of giving through generous financial donations that support local school programs and activities, non-profit organizations, and student scholarships; and by providing volunteer resources through its Community Unity team, which supports scores of charitable events each year. For more information, visit TexasTrustCU.org or follow us on Facebook at facebook.com/texastrustcu or Twitter at @texastrustcu.