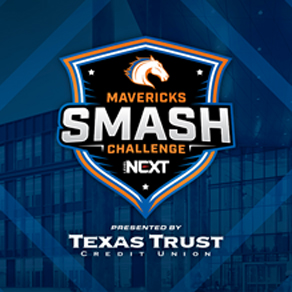 The Maverick Smash Challenge online tournament will feature a series of one-on-one matches playing the popular Super Smash Bros Ultimate video game. The semi-finals and finals of the tournament will be live streamed on Twitch. As a virtual tournament, players will be able to play from the comfort of their own private space.

Texas Trust and UTA Athletics joined to create this tournament to tap into the current enthusiasm surrounding esports. The winner will receive bragging rights as the Maverick Smash Champion and a grand prize of $150, along with the opportunity to win other prizes.

“This tournament will help us broaden the visibility of esports among students and within the wider community,” said Jim Baker, Director of UTA Athletics. “While we have a varsity and club level esports team, this tournament is geared toward everyday video gaming enthusiasts that want to test their skill and compete against players outside of their typical playing circle.”

“With esports being the fastest growing sporting category, we are happy to collaborate with UTA Athletics to make this tournament possible,” said Jim Minge, CEO of Texas Trust Credit Union. “Our goal with this tournament is to help foster even more excitement and camaraderie in the local Arlington video gaming community.”

Gaming enthusiasts and fans can watch the semi-final and final rounds of the Maverick Smash Challenge on the LevelNext Twitch channel.

About UTA Athletics/Esports Program
UTA Esports unites the university gaming community to support the development of collegiate esports, and to grow the next generation of industry leaders. Whether students are pursuing a certificate in esports management, or just want to improve their gaming skills and technique, we offer a collaborative and competitive program for students of all skill levels and interests.

About Texas Trust Credit Union
Texas Trust Credit Union has been helping build brighter financial futures since its modest beginning in 1936. Today, the full-service credit union serves more than 120,000 members. With assets of more than $1.6 billion, Texas Trust is the 5th largest credit union in North Texas and the 16th largest in Texas. With a focus on the community, Texas Trust is creating a legacy of giving through generous financial donations that support local school programs and activities, non-profit organizations, and student scholarships; and by providing volunteer resources through its Community Unity team, which supports scores of charitable events each year. For more information, visit TexasTrustCU.org or follow us on Facebook at facebook.com/texastrustcu or Twitter at @texastrustcu.