The best an ad can get? Not really.

We have to wonder what Gillette was thinking when they green-lighted that ad that has gotten so many talking – often for all the wrong reasons – which in its own way sought to address the “problem” of toxic masculinity.

The thought process was probably similar to what Coca-Cola executives were thinking back in the 80s when they replaced their formula with the disastrous “New Coke” and quickly had to backtrack. 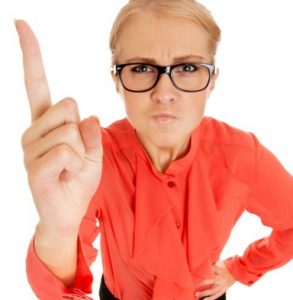 hing along the lines of “This is great, and we love it. We’re wise and we’re deciding that our customers are going to love it too.”

It turns out that customers may not actually appreciate being lectured by the companies they buy from. In an age where consumers supposedly welcome brands taking stands on issues, it appears Gillette went a bit too far. At least that’s what polls and social media seem to be indicating in the wake of the ad’s turn in the spotlight.

It’s one thing to support a cause, but another to question the character of the people who buy what you’re selling. For all the people who saw this ad as a bold stroke in support of the Me Too movement, many more sensed an insult. We men know that if we want to be lectured or hectored, we can find lots of sources to turn to. We don’t need our shaver company to be one of those.

We’ve said this before, and will probably need to say it again and again, that if you’re going to come out as a company in support of one side in a controversy, you’re rolling the dice in terms of financial risk. You have to assess honestly how many customers you might lose versus how many are likely to turn into even bigger fans.

Our advice? If you’re intent on taking a stand and showing your support of something, make it a medical charity, a food bank, or a local humane society or animal shelter. Who doesn’t love dogs and kittens? Personally, I try not to pay too much attention to brands taking stands, but someone who is helping puppies and kittens is going to get my support every time.

But if you make a really big deal about virtue signaling by coming out one way or another on a political issue, and if it’s the “wrong” way, I’ll be sure not to buy from you again.