Be Particular About Who You Emulate

Remember “Be Like Mike?” It was an ad campaign for Gatorade way back in the early 1990s, built around basketball legend Michael Jordan. 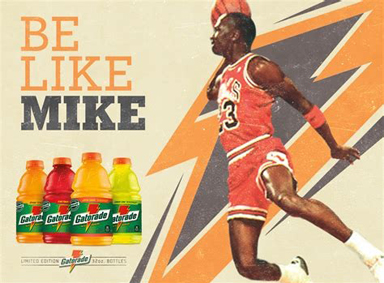 The underlying idea was about emulating someone who was outstanding in their field and wildly popular as a role model. And Michael Jordan was a very positive role model.

Granted, Gatorade wanted you to emulate him by drinking their product, but you see where we’re going with this. We all have people that we look up to and respect, and very often we model our behavior after their example.

A lot of businesspeople today may put Elon Musk in that category. He’s bold, brash, and gives at least the impression of being successful at what he does. He’s generally well thought of, and is synonymous with innovation in electric cars and space flight.

One area where we wouldn’t recommend “being like Elon” is in the way he often interacts on social media or with analysts or the media.

One incident that caught our attention was an item in the Wall Street Journal about a quarterly financial call Musk was conducting. He cut off analyst questions with the observation that “boring, bonehead questions are not cool.” We can sympathize with his feelings, but this is not something anyone should ever say in any interview-type setting. Ever.

We take care to “media train” clients with the idea that there is no such thing as a stupid question. That even if a question comes out of left field, you have to deal with it diplomatically, respecting the person who asked it.

The good news may be that even an iconoclast like Musk had to do some cleanup after that remark. Just like he did after an even worse, and more recent, incident where he labeled someone a “pedo guy” on Twitter after the man criticized the rescue submarine idea Musk touted during the rescue operations for those soccer players trapped in a Thailand cave.

Social media seems to bring out the worst in a lot of people, but on the flip side, every now and then the social media scorn that some actions or comments generate can be a good thing.

Our perennial advice to clients is to avoid saying something stupid that will require an apology. It’s fine to offer bold or pointed commentary and take a strong stand, but when you slander someone or insult them, that can never be good.

Need guidance? Remember this: “And just as you want men to do to you, you also do to them likewise.” Jesus said that (Luke 6:31) and if you want to “be like” someone, you can never go wrong trying to be like Jesus.