How to Be the Master of the Interview

If you asked us what the most important element is for a client when it comes to a successful interview with a reporter, we’d have to say sincerity. 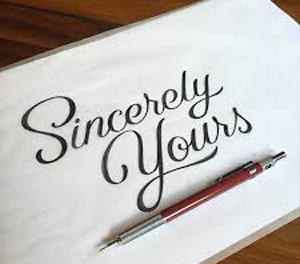 There are lots of elements involved, and that’s not to discount the importance of speaking at a moderate pace, listening closely to the questions, keeping the key messages in mind at all times, and monitoring the reporter’s body language (for an in-person interview) or non-verbal hints (on the phone).

Yes, they’re important, but being sincere, being genuine, is the most important building block in a relationship. The reporter can sense that he or she matters to a sincere interviewee, and that makes for a real conversation.

We’ve seen clients who did everything else right but came across as slick and superficial, and we’ve seen others who may have faltered when it came to our other interview tips but were sincere. The sincere ones are the ones who end up getting the repeat calls.

We have one client who is in demand over and over again with the reporters in his industry for that very reason. He’s sincere with them and with everyone else we’ve ever seen him interact with. So it’s the real deal.

It’s not certain who said it first, but there’s a tongue-in-cheek quote that says “The secret of success is sincerity. If you can fake that, you’ve got it made.” And that is probably the case for most career politicians that you can think of. But when it comes to the more down-to-earth news media interviews, sincerity – the genuine, homegrown version – rules.