ARLINGTON, TEXAS – September 29, 2017 – Jim Minge, President and CEO of Texas Trust Credit Union, has been appointed to the Arlington Chamber of Commerce Board of Directors. 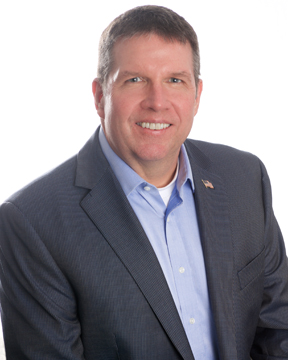 came part of the board at the annual chamber meeting and awards dinner on September 21. He will serve a one-year term with an annual renewal up to six-years.

Arlington is the third largest city in north Texas, home to the Dallas Cowboys and Texas Rangers, as well as Six Flags Over Texas and thousands of businesses, and 365,000 residents.

“We are honored to have Jim Minge serve on the Arlington Chamber Board of Directors” stated Michael Jacobson, President & CEO of the Arlington Chamber of Commerce. “Jim is already deeply involved in community partnerships and we look forward to the contributions he will make to further elevate Chamber initiatives.”

Texas Trust has six branches, and its headquarters, in Arlington. The credit union is actively involved in the community through partnerships with the Arlington Independent School District, the University of Texas at Arlington, and the Downtown Arlington Management Corporation.

Minge also serves on the Texas Credit Union Commission and the City of Arlington Zoning Review Board. He is a member of the Fort Worth and Texas State Society of Public Accountants and a graduate of the University of Texas at Austin.

Texas Trust Credit Union was created in 1936 when a group of Chance Vought Aircraft Corporation employees pooled their savings so they could help each other achieve financial goals. Today, more than 84,500 members are served through checking and savings accounts; loans (personal, mortgage, auto, and small business); credit cards; insurance products; and investment services. Texas Trust Credit Union supports local students through its “Spirit Debit Rewards” program. With every eligible swipe of an SDR card, funds are donated to the school or district of the member’s choosing. To date, Texas Trust has donated over $1.5 million since August 2011. Texas Trust serves members in Dallas, Tarrant, Henderson, Ellis, and Johnson counties through 17 locations in Mansfield, Arlington, Grand Prairie, Cedar Hill, Midlothian, DeSoto, Hurst, and Athens. With assets of more than $1.2 billion, Texas Trust is one of the largest credit unions in North Texas and the 18th largest in Texas. For more information, visit TexasTrustCU.org or follow us on facebook.com/texastrustcu or Twitter at @texastrustcu.