Taking a Stand? Be Careful!

A newly released study says that 70 percent of American consumers want companies to take a stand on social and political issues, and nearly half are willing to boycott a company that they don’t agree with on those issues.

We know people are more conscious about that these days, but we find it hard to believe that so many people are that obsessed about companies’ social and political stances. We also suspect the study didn’t cover a very broad cross-section of consumers. But if you are inclined to believe that and act on it, we would tell you this: 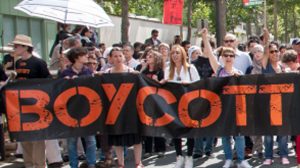 The study doesn’t indicate who was surveyed, but the list of issues these consumers care about did skew very strongly in a certain direction. That matters less than what we think is the key finding about how willing consumers are to shun a company that takes a stand they disagree with.

In these politically polarized times, there are still a few safe issues that a company can promote. You can fight poverty and hunger, promote literacy and reading and education, or encourage recycling, things like that. You won’t earn too many enemies that way.

We have to believe that the bulk of consumers’ biggest concern is a quality product from a company that they trust and that they sense cares about them. Most don’t want the company’s pet issues pushed at them.

But we admit there are a lot of people – on both ends of the political spectrum – who insist that the companies they patronize pass a social or political litmus test. The thing is, if your company takes a big public stand one way or the other, you’re going to lose some business.

That may not matter if you’re Remington Arms and you pledge to battle gun control, or if your company makes sandals for Brooklyn hipsters and you aggressively promote gun control. Your customer demographics should keep you safe; those who disagree with you probably weren’t going to be customers anyway.

But the majority of companies need to balance the damage that a bold public stand could do against the importance of it to your organization. Maybe you figure you’ll lose revenue but it’s worth it. That’s fine, but would your stockholders, employees, vendors, and others whose livelihoods could be affected agree?

We wish there wasn’t so much polarization out there, but this is the world we’re in. Every move may affect your company’s image, so we’ll say it again: Tread carefully. Very carefully.